Built with passion, for those who are passionate of a taste in life that is impeccable and overwhelming, and is for those who seek quality without compromising luxury in a hotel. Situated in the middle of the commercial hub of Sri Lanka enclosed by the premium destinations of luxury, shopping, entertainment and monuments, The Pearl Grand stands tall to provide everything required by our guests. Some of our guests are looking for tranquillity and luxury while some others in treatment of a spa, the healthy catalyst of a gymnasium or just a swim in the pool overlooking the ocean; we have it all in abundance. For those who need the extreme tranquillity among the busy city of Colombo, the Pearl Grand Hotel is an ideal place to unwind and experience the modern luxurious amenities and world class hospitality while enjoying the style, luxury and the impeccable service that suit your life style. 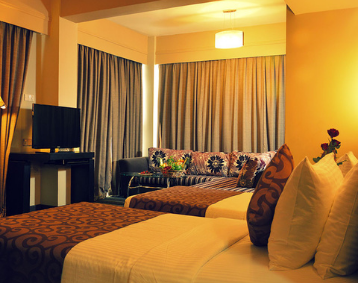 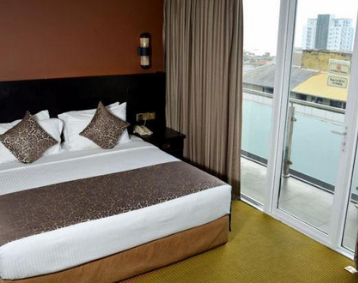 Colombo, city, executive and judicial capital of Sri Lanka. (Sri Jayawardenepura Kotte, a Colombo suburb, is the legislative capital.) Situated on the west coast of the island, just south of the Kelani River, Colombo is a principal port of the Indian Ocean. It has one of the largest artificial harbours in the world and handles the majority of Sri Lanka’s foreign trade.The earliest written mention of the port may be that of Faxian, a Chinese traveler of the 5th century ce who referred to the port as Gaolanbu. The Sinhalese called the port Kolamba, which the Portuguese thought was derived from the Sinhalese word for mango trees (kola, “leaves”; amba, “mango”). A more likely explanation is that kolamba was an old Sinhalese word meaning “port” or “ferry.